Single-occupant micromobility is changing the way urban areas operate. There’s a lot to consider when starting your own fleet of e-scooters or shared bikes. 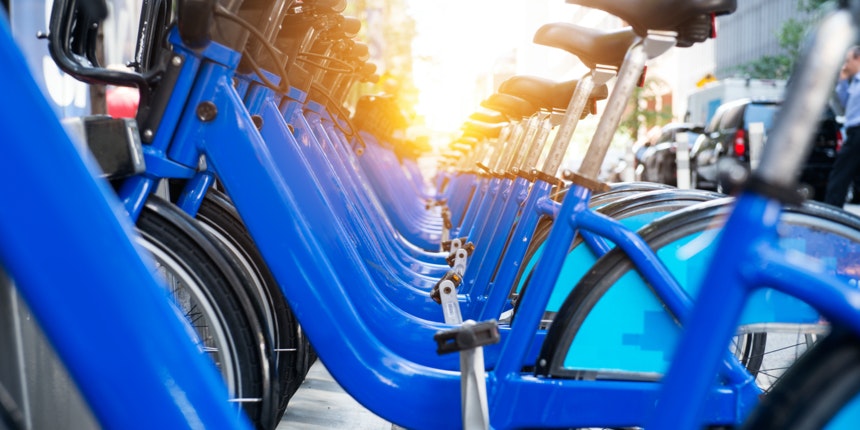 We will approach the complexity of your fleet management with a meticulous, scientific rigor. We’re determined to help you eliminate guesswork and costly, reactionary decision-making.

You’re walking on the sidewalk and something zooms past you. It’s not a bird, not a plane...it’s...an e-scooter? Yes, you read that right. Gaining massive popularity in recent years, shared micromobility allows commuters to say “goodbye” to long walks to work or to more easily get between transit stops. An up-and-coming environmentally friendly fleet option, now may be the best time to consider adding shared micromobility options to your fleet.

Shared micromobility refers to any communal fleet of small, partially human-powered vehicles — usually single-occupant. This mode of urban transportation slashes commute times and allows people to get where they need to go in a way that’s cheaper, faster, and better for the environment. It can include traditional pedal bikes and scooters, but more recently includes partially electric-powered ones (often referred to as e-bikes and e-scooters.) Some micromobility fleets even offer shared electric skateboards or segways.

These modes of transportation not only provide an alternative to walking or taking transit, but they also disrupt typical car ownership. In 2018, Americans took 84 million trips on shared micromobility — more than double the number taken in 2017.

In fact, about 60 percent of every trip you take is micromobile, or short distance (between 0-5 miles), while a quarter of all trips are medium distance (between 5-15 miles) and 15 percent are long distance. The distance you’re going on any given trip impacts which form of ride sharing you’ll choose. Medium-distance ride sharers will likely turn to Uber, Lyft or another Transportation as a Service (TaaS) option. Although less common, long-distance ride sharers may use services like Maven or Getaround.

Catching up to the rest of the world

When it comes to micromobility, the U.S. is just now catching up to the rest of the world. With less red tape around safety regulations, many Asian countries are leading the way in faster implementation of shared micromobility. Shared bikes are now the third most popular mode of public transportation in China, where there are more than 2 million bikes in circulation. Taiwan, Singapore, and South Korea have also seen a major pickup in e-scooter use.

In Southeast Asian countries like Malaysia and Thailand, traffic congestion is a major issue and public transportation infrastructure is still in the works — making bike-sharing a prime option. Europe is also a central spot for shared micromobility, as the population tends to lean more on mass transit and walkability and less on cars. Out of all one-mile trips, Americans drive about 70 percent of the time, while Europeans make 70 percent of their short trips by bike, foot, or public transportation.

As the effects of climate change hit the world, more and more brands are feeling an increasing pressure to go green. In fact, 40 percent of all companies say they’ve taken action to make their offerings more eco-friendly. As emissions become a public concern, governments are imposing regulations that could affect the auto industry, too — the U.K. is introducing a ban of petrol and diesel cars in 2035, and the U.S. could be next to follow suit.

By 2050, an estimated 2.5 billion more people will live in urban areas around the world, meaning the number of people taking trips under five miles will expand. As urban populations boom in the U.S., mass transit can only keep up for so long, making shared micromobility ideal for short trips.

Micromobility for your biz: the need-to-knows

If you’ve visited any major city in the U.S., you’ve most likely caught a glimpse of a colorful shared mobility dock. But how do they work? And if you’re starting your own micromobile fleet, what payment models might work best for your city?

Depending on the form of micromobility, subscription models can vary, but these are a few of the most common models for payment.

Single trip payments Single trip tickets are ideal for a spur-of-the-moment, one-way trip, because you can drop your personal mobility vehicle off at a different location from where you picked it up. To set it up, users usually have to download an app, enter a code at the kiosk station, and have a text message verification. Some services will charge $1-5 for a set increment of time, usually anywhere from 20 to 45 minutes. Others will charge a by-the-minute fee, around 10 to 25 cents per 60 seconds.

One-day passes One-day pass prices vary anywhere from $8-15. To ensure bikes stay in the area, these trips usually require you to check your bike into a dock every 30 minutes, hour, or two hours to avoid incurring fees. Most micromobility services include maps of the city with station locations pinned, and advanced ones will showcase if a station is full or not.

Monthly and annual plans for short-distance rides If you plan to use shared micromobility for a recurring trip — like going to school, work, or connecting to a transit station — a monthly plan is the way to go. Monthly plans vary from $15-20 for unlimited trips, as long as you follow the same general rules as the one-day pass for bike docking at set intervals. Annual plans offer an overall discount and can go for anywhere between $100-200 per year.

Plans for those with low-income households As vibrant new bike docks appear in urban communities, some have criticized shared micromobility as a surefire sign of gentrification. To combat this stereotype, many communities aim for bike equity by offering passes at significantly discounted rates to those below the poverty line or on food stamps. These can cost as little as $5 a month (often payable in cash) for unlimited short-distance rides. This option, likely to become commonplace as micromobility hits more and more cities, brings disadvantaged communities a reliable alternate form of transportation. It’s also something to factor into your budget when you think about your bottom line.

To fleet or not to fleet? First, consider...

Infrastructure demands Consider the options your customers have if they get to an e-scooter station and it’s empty...or if they need to return their scooter and the dock doesn’t have any open spaces. If your city already has some micromobility, start monitoring where the high-traffic areas are at peak times. This would likely be in your business district at the beginning and end of work days or at popular sightseeing spots on a weekend.

If your subscription model requires customers to dock their vehicle every 30 minutes to an hour, and customers are riding to stations that are full, consider expanding the dock there and downsizing elsewhere.

Seasonal impact If you get a lot of snow in the winter, will you suffer a major cut in profits each time January rolls around? Similarly, if your city is swelteringly hot or has a rainy season, how will that weather affect your profits?

Weather issues can be seen as an innovation opportunity. Perhaps the key selling proposition for your city is that your e-scooters are built to handle snow or your bikes have cooling fans. Think about what will set your company apart.

Safety For cyclists on 40-pound vehicles, being expected to ride right next to 4,000-pound cars is not only dangerous — it’s impractical. In a two-month period in Austin, 271 people went to hospitals with small motorized scooter-related injuries, nearly half of which suffered head injuries.

Consider where you’re located for scooter safety. Are there sidewalks available? How about wide bike lanes? Do you already see people riding their bikes on the road or would this be a shock to drivers? If your app is intended for GPS use to find stations, how can users safely maneuver their bikes with a phone in hand?

Policies and practices Authorities have experimented with how to deal with the influx of micromobility with everything from contract partnerships to formal permits to outright bans. With the increase of carsharing and delivery services, cities are finding there’s just not enough pull-off curb space to go around, and many cities regulate where micromobility can be parked. City planners must evaluate if micromobile fleets take up public right-of-way space, which can cause accessibility issues for people in wheelchairs. Your city may also have a device cap, which limits the number of bikes and scooters that can be used for micromobility.

Before you take on a fleet of shared mobility, research your city’s individual policies to ensure you’re capable of building micromobility-friendly infrastructure. 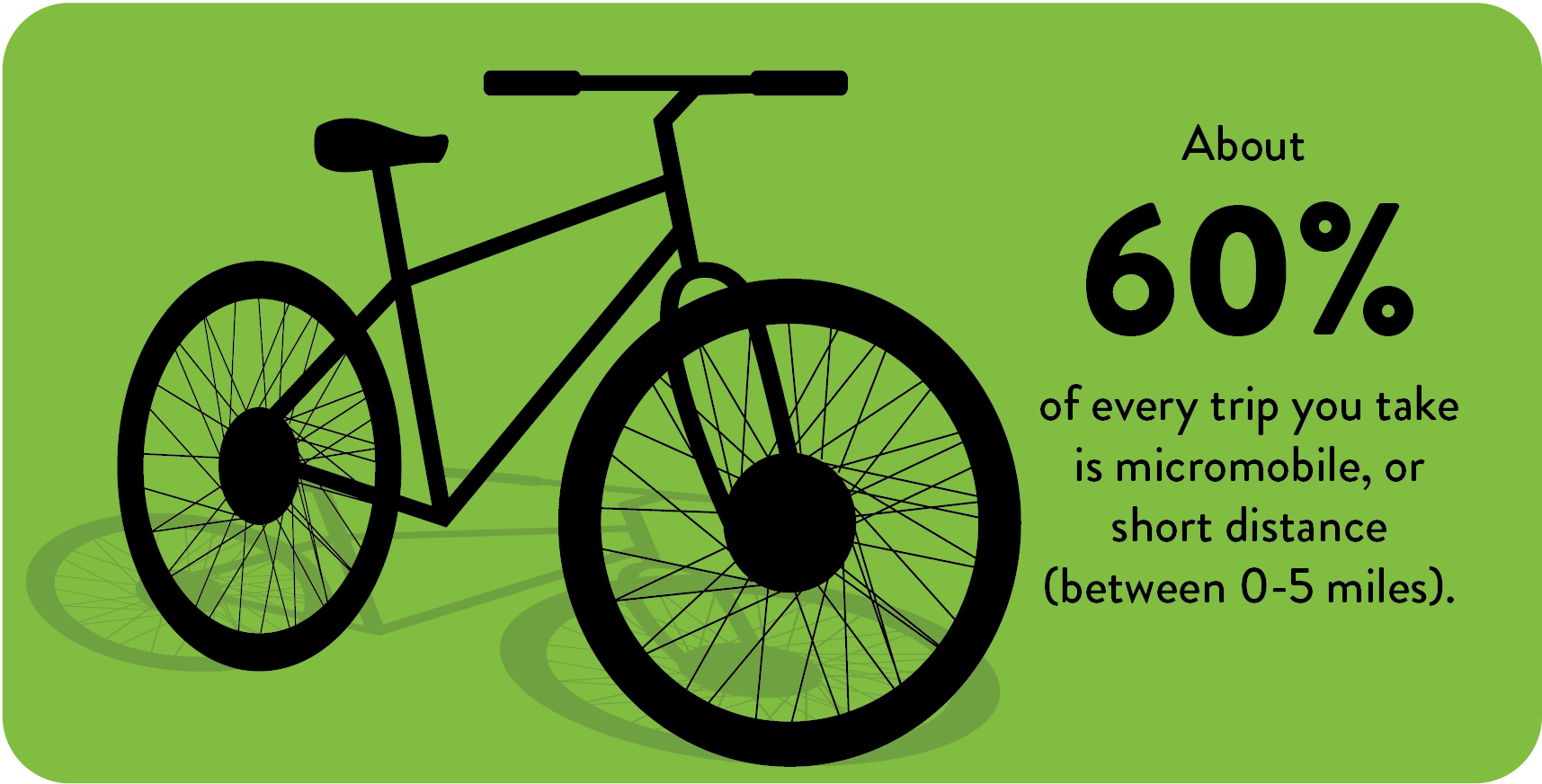 In the U.S., the micromobility market is predicted to be worth between $200B-300B by 2030. As urban populations expand rapidly and fuel-based car ownership dwindles, consumers seek innovation. While there still may be friction to work out between shared micromobility fleets and city regulations, the overall response to personal urban transportation has been positive.

There are already predictions for massive innovations in shared micromobility in 2020. These include the introduction of telematics, autonomous e-scooters, and the use of IoT-based technology, to name a few. More and more fleets will be going fully dockless, too. With so much opportunity for innovation, now may be the time to boost efficiency and lower your fleet’s environmental impact by going micromobile. 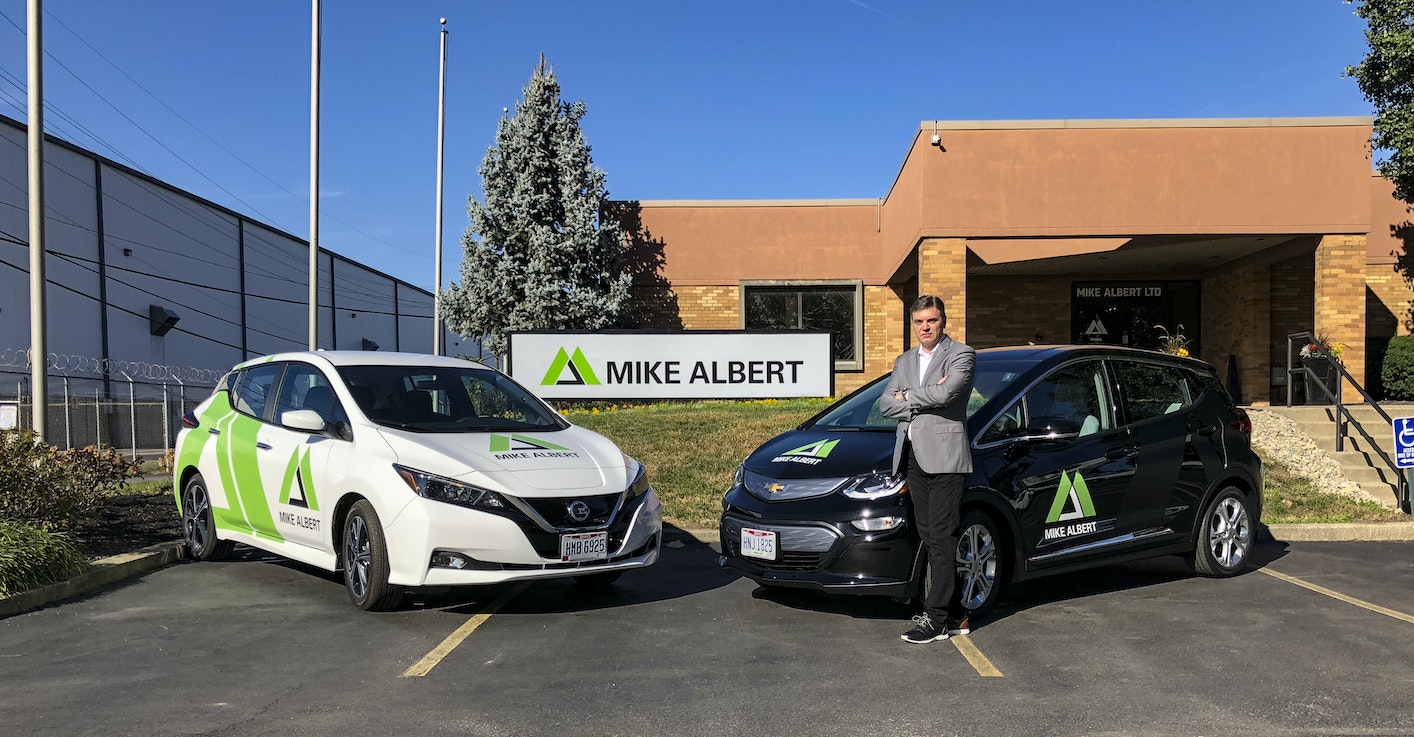 Charging forward with electric vehicles – is it a good idea for your fleet? 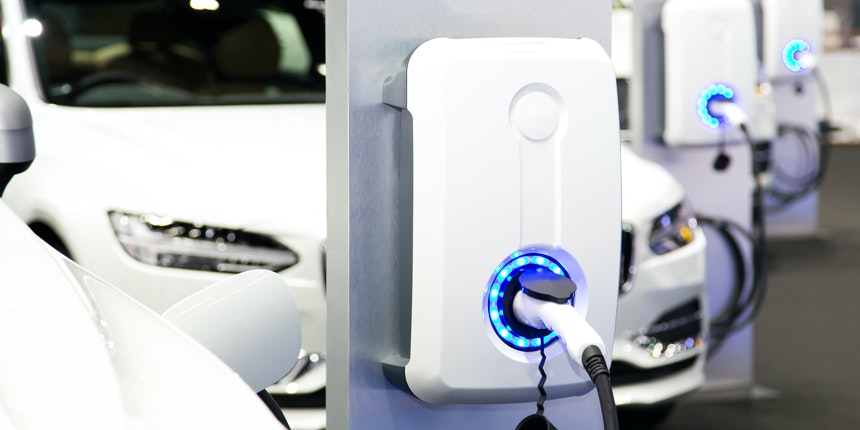 Best practices for adding EVs to your fleet.

The advanced guide to fleet electrification.