In Honor of Breast Cancer Awareness Month: A Story from One of Our Own

Jenny and her boyfriend celebrated their 4th of July weekend like many others, enjoying Lake Norris with friends. She returned home from a fun-filled weekend, unpacked and showered off the lake water. The nifty little placard she’d hung in her bathroom a few months ago reminded her it was time for her routine monthly self-check. But her weekend excitement was abruptly replaced by a surge of fear when she discovered a lump in her breast.

Within days, Jenny was at the doctor’s office waiting for him to confirm that she was overreacting. After all, she just had a checkup only a few months ago. But the look on his face only confirmed her fear. As if that wasn’t enough, he sent her to the office next door for a scan insisting that she, “stand at that counter until they agree to see you.”

What followed was a full day in the hospital clouded with diagnostic mammograms, sonograms and a meeting with a surgical oncologist only to hear those fateful words: “You have breast cancer.”

Jenny held herself together and went back to work that day, business as usual. Reality eventually caught up with her that evening as she found herself at her parents’ house, glass of vodka in hand, tears streaming. But, among the shock, fear and enough tears to fill the room, Jenny suddenly had a moment of clarity: one night of crying was all she was going to allow this thing, “because you just get up and you fight.”

Two weeks and a flurry of doctor visits later, Jenny and her team of doctors, family and friends finalized and approved a treatment plan to, as they put it, “get this shit out of my body.”

Jenny went through six rounds of chemo treatments over a span of six months. Each one consisting of six hours of an alternating cocktail of two biologic treatments, three chemos and hormone blockers. Each time she was left with, “the world’s worst hangover but without the fun the night before. My joints hurt, my head hurt, I was completely exhausted. Most days my system wouldn’t let me get past 2pm. And I was hungry but your taste buds go to shit, so everything tastes like cardboard for about two weeks after treatment.”

When she completed her treatments last November, Jenny was then faced with another difficult decision. In January, she chose to undergo a lumpectomy rather than a full mastectomy.

Along with the physical toll, there was a deeper emotional toll. Jenny’s boyfriend, at the time, stepped up as best he could when he began attending her treatments. Yet, despite his best efforts to support her, he only made it to her third treatment before admitting, “I just can’t do this anymore.”

The heartbreak from her breakup, however, didn’t begin to compare to the day she initially shared her diagnosis with her 21 year old son. In the midst of everything, she did her best to remain positive for him. After her lumpectomy her son had to rush her back to the hospital where they discovered she had developed a hematoma. As they prepped her for emergency surgery she pulled the nurse aside to tell her, “That’s my son. I’ve sheltered him from most of this so be gentle in what you tell him.” Thankfully, the nurse obliged. “Even when you’re scared your kids look at you like you have all the answers. So I sheltered him from a lot – I never even let him go to the infusion room. He was angry but sometimes, as parents, we have to make those kinds of tough choices.”

In the end, the surgeon successfully removed four lymph nodes and she was declared cancer free on January 11, 2019!

Jenny knew the best thing to do would be to keep her life and that of her son as normal as possible while finding ways to make the best of a difficult situation. She worked each day as long as her body would allow her to and rested when she needed it. “Every day you just do the best you can for that day.”

She made a ritual of taking the boat out on Lake Norris the weekend after each treatment. People she hardly knew would drop off casseroles or bring a book or information on support groups and one woman even mailed her a quilt she’d handmade. She also found herself making friends with both nurses and patients during treatments. “You just can’t be negative. Can’t be ‘why me’.”

Jenny’s family rallied around her, taking turns sitting with her through each treatment so she never went through it alone. After her first treatment, Jenny began to lose her hair so her mom rushed out to buy her several wigs. “Losing your hair sucks. But wearing a wig allowed me the freedom to tell my story when and where I wanted to.” After chemo, Jenny payed it forward by donating those wigs to her doctor’s office for women who are unable to afford them.

On July 25th, Jenny gave breast cancer a final kick in the ass when her family, friends and new boyfriend gathered at her doctor’s office to watch her ring the “Bravery Bell,” signifying the end of treatments. To keep that bravery bell ringing in her heart, she will remain on a hormone blocker for rest of life, undergo a mammogram every six months for three years and bloodwork every three months; a small price to pay for the opportunity to enjoy the rest of her life.

As she moves past this ordeal, Jenny feels a greater sense of happiness and peace than before it all began. “I’m just a happier person, less of a cynic. I’m well aware that not everyone makes it. So I’m grateful for every single day I’m given. At the end of the day, I put a more positive outlook on things.”

Jenny has since become a strong advocate for cancer awareness. In fact, she convinced her previous manager to get herself checked. With some convincing (and to get Jenny off her back), her manager finally conceded, only to find that she too had a lump. But, because she chose to listen to Jenny, doctors were able to catch it early and she has also recently completed her chemo treatments.

To those of us who know someone with cancer, Jenny has a message: “Don’t patronize them but don’t coddle them either. Don’t enable them to sit and feel sorry for themselves. Get them out. Help them go on with a regular life and help them find things to look forward to. Most of all, be there to just listen.”

Her biggest take from the experience? “Everyone has their story, their cross to bear, but it’s how you choose to deal with it. Get up and rise and meet the challenge.” 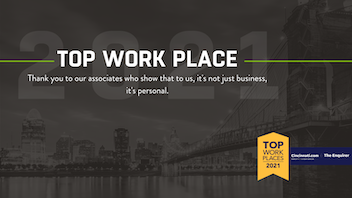 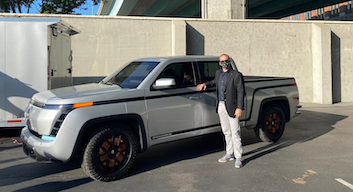 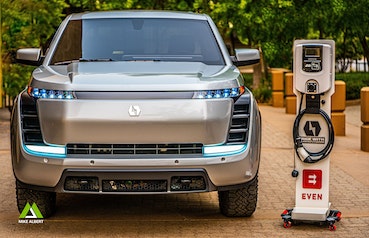